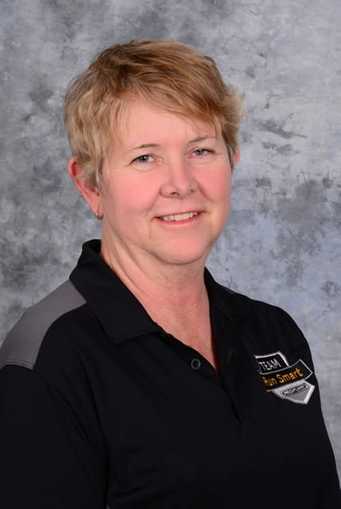 Linda along with her husband Bob have been members of the Trucking Solutions Group since its inception back in 2008. They hail from Silex, MO and are team drivers with their Freightliner Cascadia straight truck leased to Landstar Express America. Linda is the president of the Board of Directors at the Trucker Buddy International. Linda is a member of Expediters Online where she writes a blog about being a women in trucking as well as a team drivers. Bob and Linda are also speakers at many expedite workshops as well as how to keep more money in your pocket as an owner operator. When not driving Linda enjoys working on her cross stitch pictures and working on her computer.  Bob and Linda spent one summer while their truck was being built driving a transporter for Dale Coyne Racing and working with the Indy Car team.

Bob Caffee has been involved in the trucking industry since 1981, first as a diesel mechanic, then a driver, and now as a owner operator. He has been driving since 2000 and became an owner operator in 2005. Bob was honored by being selected by TravelCenters of America as recipients of their inaugural TA/Petro Citizen Driver Award in 2014. The award is given out annually to drivers for their contributions not only to the trucking industry and their community, but also for their safe driving, leadership and professionalism.​
​ 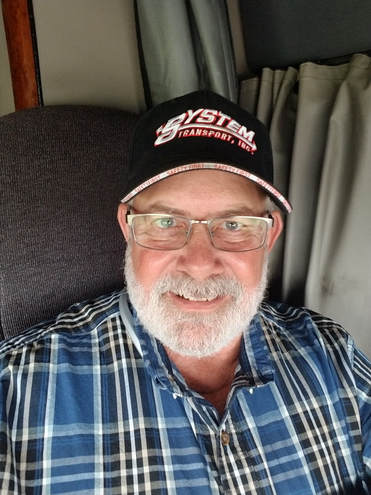 Joel is an owner / operator leased to System Transportation hauling flatbed freight.  He runs primarily the midwest and occasionally the southeast.  He has a bachelor's degree from Iowa State University and a master's degree from Idaho State University.  He is a veteran of the US Army and a graduate of the Command Staff College.
Besides trucking Joel enjoys antique farm machines and participates in the Prairie Homestead Antique Power and Craft Show.  He is the current president of the North Central Antique Tractor Club.
Communications:
Shane Rizzuto 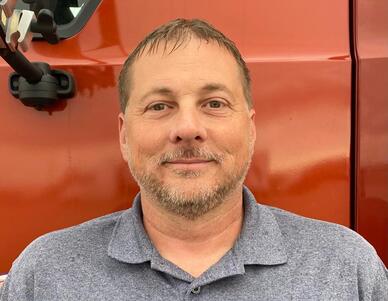 Since earning his CDL in 1994 and starting his career as a concrete mixer driver, Shane has driven belly dumps, end dumps and operated a variety of heavy equipment. He has experience in flatbed and stepdeck operations. He also gained experience pulling doubles and triples for an LTL carrier before becoming an owner operator in 2010.
​In addition to his associates degree in Computer Aided Drafting Technology, Shane is a member of OOIDA, NASTC, Trucker Weather Watch and Skywarn. He is married with three children and lives in Calhan, CO near Colorado Springs. In Shane's spare time he enjoys spending time with his family, watching his children compete in rodeos, camping and four wheeling in his Jeep.